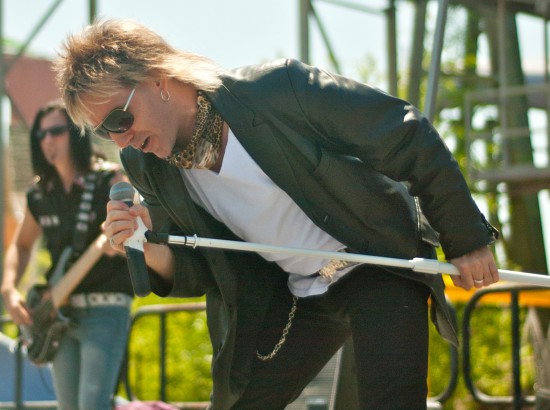 There are many amazing Rod Stewart classic hits which are enjoyed today, by virtually every generation of music fans. Who wouldn’t remember “Maggie May,” a rousing melody that always gets people on their feet, dancing and singing?  The ROD STEWART TRIBUTE featuring Jay Gates will do precisely that!  An exceptional impersonator, Jay has it all when honoring “Rod the Mod”, including the looks, clothes, style – even the nose!  With a signature raspy voice and a four-octave range, Jay Gates gives a sensational performance from his repertoire of over 40 classic Rod Stewart hits. 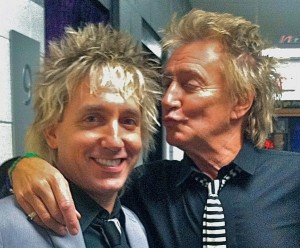 Jay’s exceptional talent and performance style earned him the respect and admiration of audiences around the world.  He has dazzled audiences and entertained throughout the United States, Mexico, and Europe.  Jay is as comfortable entertaining for audiences in large rock concert hall venues, Las Vegas casinos, and in clubs, as he is for performing to guests of an intimate private birthday or anniversary party. 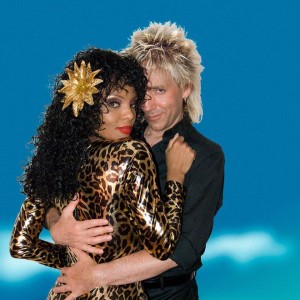 There are many good musical impersonators, but few have the talent, charisma, and audience connection that Jay Gates has.  He is truly a master of his trade.  If you love Rod Stewart, Jay’s tribute is one performance you will not want to miss.  Tribute shows are extremely popular with music fans, and Jay has performed in many shows with other stars.  Recently Jay starred in a sizzling performance with Rainere Martin in Atlantic City, New Jersey in the Donna Summer/Rod Stewart Tribute.  The audience was thrilled with Jay’s presentation of their favorite Rod Stewart songs and the atmosphere was alive with electricity. 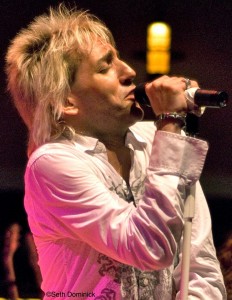 Jay is one of those unique individuals with the ability to transport his fans back in time to when they were listening to the Rod Stewart song he is singing.  He puts smiles on their faces, revs up their heartbeats, and connects with each listener in a powerful way.  Not only does Jay preserve the memories of original Stewart fans, but he also introduces a new generation to the classic sound with his masterful performance.  From the swagger, to the look, to the gestures, and the voice, Jay presents a tribute performance the audience will never forget.

There is a plenty of social media buzz around the dates and locations of ROD STEWART TRIBUTE featuring Jay Gates, and Jay ensures everyone is up to date with the latest show dates on his Facebook page.  Jay Gates lives in Boston, the heart of New England, and is a favorite for event planners, private parties, booking agents, and music lovers of all ages.

For up-to-date information on scheduled performances, check out the ROD STEWART TRIBUTE featuring Jay Gates Facebook page or his events calendar on Gigmasters.com.

If you’re a fan of Rod Stewart’s music, you will fall in love with ROD STEWART TRIBUTE featuring Jay Gates, a wonderful salutation to the timeless rock star and his mega hits. He and Donna Summer Tribute Singer Rainere Martin perform throughout the mid-Atlantic seaboard from Boston to Philly and beyond, 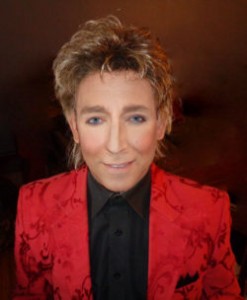 Since the publishing of this article, Jay Gates has added to his repertoire as a world-class impersonator.  Along with Rod Stewart, Gates has gained legions of new fans, aka “Fanilows”, as Barry Manilow.  Gates contemplated for years over the decision to begin impersonating Manilow.

“Our vocal ranges and timbre are identical,” Gates stated.  The issue wasn’t the sound, it was the look; Gates didn’t feel the audio and the visual synced.  “My first few attempts at impersonating Barry left audiences somewhat confused”

Gates was fortunate enough to connect with fellow impersonator and make-up artist Eddie Edwards.  By teaching him a few make-up tricks, which added to the wardrobe, lighting and sound, Gates was able to construct a Barry Manilow that his Fanilows would adore.  Rapidly this show has become a must-see.