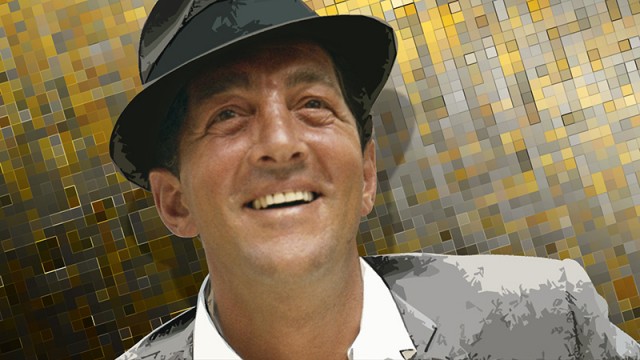 “I feel sorry for people who don’t drink. They wake up in the morning and that’s the best they’re going to feel all day.” – Dean Martin

Jokester, actor and famous singer, Dean Martin, spent a lifetime entertaining audiences.   The Ohio native was born Dino Paul Crocetti in 1917 to Italian immigrants.  The struggling youngest child of a poor immigrant family, Martin set out to make end’s meat dropping out of high school in pursuit of other endeavors.  The teenaged Martin worked several odd jobs, some involving delinquent activity such as transmitting liquor across state lines during the Prohibition and selling lottery tickets.  Show business would offer Martin the venue he needed to make an honest living and realize his true talent.

Martin rose to fame during the swing era when big bands were all the rage.  The Ohio vocalist was recognized at the young age of 17 by band leader, Sammy Watkins.  Under Watkin’s direction, Martin honed in his craft as a vocalist and adopted his famous moniker.  Martin’s voice garnered him syndicated attention resulting in his own radio program and a contract with Diamond Records. 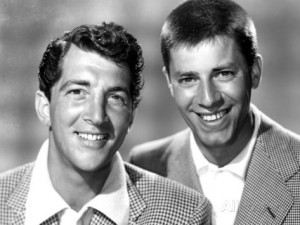 Martin had a knack for comedy and was a natural on stage.  Comic gold was born when Martin paired up with the likes of Jerry Lewis, a fellow comedian and skilled performer.  Martin and Lewis enjoyed a lengthy partnership.  The two starred in 16 movies together and regularly performed one stage with one another.  After a long and successful career together, it came as a shock to many when Martin and Lewis parted ways. However, the split ultimately paved the way for Martin to forge a successful career on his own. 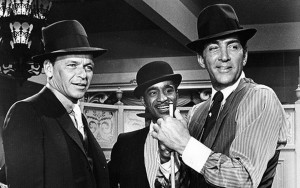 In the 60’s Martin famously joined forces with the “Rat Pack,” the famous bad boys of Hollywood.  The pack was comprised of Las Vegas performers, Frank Sinatra, Sammy Davis Jr., Joey Bishop and Peter Lawford.  Martin was quickly inducted into the group who had become notorious for enjoying all Las Vegas had to offer; booze, women, bright lights and fame.

To that end, the ensemble starred in many movies alongside one another.  One such movie aligned somewhat with their image, a movie about a Las Vegas heist; Ocean’s Eleven (which was famously re-made in 2001 starring George Clooney and Brad Pitt).  The group continued to make movies together and enjoy great success for several years after the 1960 release of Ocean’s Eleven. 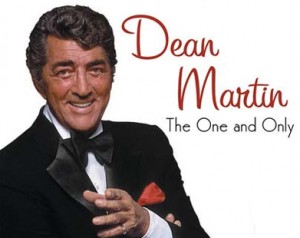 Martin was truly a triple threat; the star proved his comedic chops, was an adored singer with hits such as, “That’s Amore,” “When You’re Smiling,” and “Everybody Loves Somebody,” and an accomplished film star.  The singer turned actor boasted an impressive filmography having starred in 51 films in his lifetime. 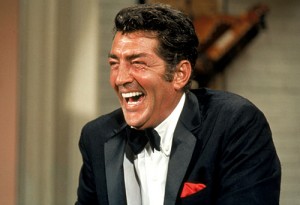 Martin’s performances became highly sought after and landed him his own show The Dean Martin Show which had an impressive eight year run as well as The Dean Martin Comedy Hour which allowed him to do what he loved most; entertain and make audiences laugh.

Martin died in 1995 at 78 years old after enjoying a decorative and memorable career.  Martin will be forever immortalized through his heart warming music, energetic films and unique brand of comedy.  The famous icon is often remembered through impersonators and performers.